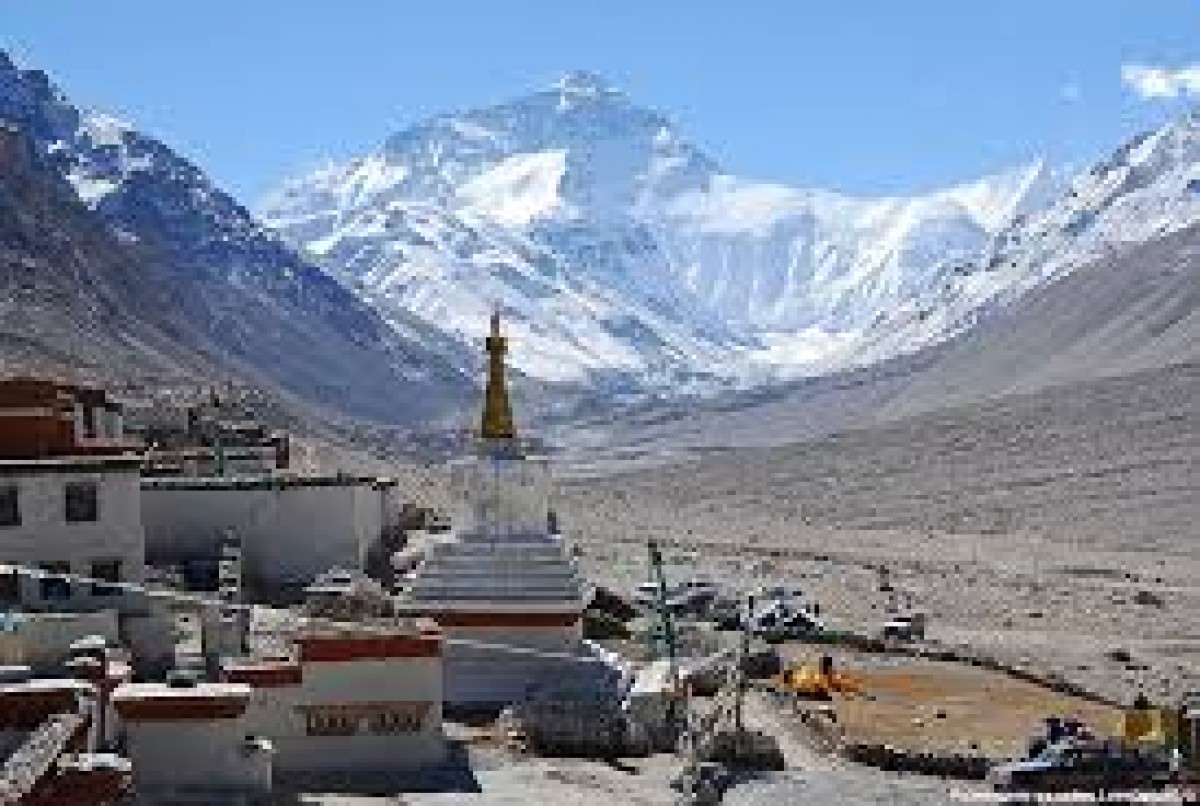 Mount Everest is undoubtedly every adventurer’s dream. It is a lifetime opportunity for those who actually ascend and summit the highest peak or the top of the world. The Everest Expedition is one of its kind adventures which involves a very high amount of risk and thrill but is equally mesmerizing and splendid. But the things that climbers need to be prepared for are high altitude, severe cold conditions, and extreme adventure as well as avalanches.  Mt. Everest can be ascended from two sides: the southern side lies in Nepal and is much easier than the Northern Face lying in the Tibet. The climbers climbing through the North Face encounter severe wind and breezes which is very risky and challenging.

Climbing Everest is one great challenge that requires a lot of preparation and training. Especially when you are climbing form the Northern side you need to have at least a few experiences of climbing other high mountains of challenging grade because of the risk at the Northern Face of Everest unimaginable. There can be a 60-70% drop in oxygen level in the high altitude. So, one must be fit physically as well as mentally. The cardiovascular and muscular strength need to be optimized so that you can easily acclimatize and adapt in high altitude and carry your bag packs. We highly recommend learning rescue techniques as well.

Although a group of Chinese Climbers claimed to have reached the top of Everest in 1960, it was accepted due to a lack of photographic evidence. Later in 1980, Reinhold Messner pioneered a new route in the Northwest side trekking for 3 days from the base camp at 6500 meters without oxygen tanks. Later, Takashi Ozaki and Tsuneo Shigehiro conquered the Mt Everest for the first time from the North Face. The expedition from the north face is a premium opportunity to experience an extreme adventure.

Unlike the south face, where one has to walk and trek a long distance, the north face route has access to roads where one can drive up to the base camp which is a considerably high altitude. After resting at base camp for acclimatization, the trek starts to the East Rongbuk Glacier. Following the snowy slopes to the North Col, we will reach Camp I, which lies between Everest and Changtse. Then after a long snowy slope, we head towards Camp II. Then starts the adventure, when we move forward to Camp III through the windy and stormy slopes. The rocky and sloppy topography pose huge challenge to the climbers. After crossing Camp III, climbers will need oxygen supply. The route from Camp III to Camp IV has fixed ropes for guidance and directions. These offer a level of security and help to the climbers. After short rest at Camp IV, we head towards North-East Ridge to encounter the first step, a rock structure about 30 meters high which when ascended leads to the Second Obstacle or the second step. The 40 meters high rocky structure, the most difficult of all leads to the third obstacle 25 meters high but easier than earlier steps. After the completion of these steps, climbers land on the Summit Pyramid. Congratulations, we made it!! Then you can view the vast range of mountains from the Top of the World.

On the day of your arrival, our representative will meet and greet you at the airport and drop you at the hotel where we will have arranged for Bed and Breakfast.

We will proceed for the Visa Preparation for Tibet and since its a free day you may go sightseeing and exploring the City.

We will get the Visa for Tibet and will brief you about the expedition. Since the expedition from the north side is extremely challenging and risky, we recommend you to be very careful and cautious during briefing and climbing.

We take a flight from Kathmandu to Lhasa and rest at a hotel and explore the surrounding areas.

Shigatse is a prefecture-level city of the Tibet autonomous region of China. We drive along the Chinese National Highway to reach here.

Old Tingri is a town in the south region of Tibet which is merely pastureland for sheep and goats. This is a popular stop for anyone travelling to climb the Mt Everest or trek to  Everest Base Camp from the Tibet side.

We stay overnight at Old Tingri for acclimatization. It will be a beautiful stay here at Old Tingri because of its natural elements.

Unlike the south face, the route in the North Face Expedition has access to roads up to the base camp even at the altitude of 5,100m. Crossing the Rongbuk Monastery, we reach the Chinese Base Camp where we stay for 3 more days for acclimatization.

After acclimatizing at the Chinese Base Camp, we move forward to the middle camp or the Intermediate camp.

Trek From Intermediate Camp to Advance Base Camp (6,500m)

Now the real adventure starts when we start ascending from Advanced Base Camp up the summit. After a successful summit, we slowly move downwards to the base camp. The expedition is very thrilling, adventurous as well as risky. As they say; "a small slip would mean death". We return back to the base camp and rest.

We directly descend from the Advanced Base Camp to the Chinese Base Camp and rest.

We make sure that we protect the environment while travelling. So we clean up the base camp and Prepare to Return.

With the access to paved road from the Chinese Base Camp we drive back to Tingri and Rest at a Lodge for the night.

On the way back we drive to Kerung, the border between Nepal and China.

After crossing the border at Kerung we drive straight to Kathmandu and rest at a hotel with Bed ad Breakfast arrangement.

This day is for rest and sightseeing around Kathmandu city. We will meet up for a farewell dinner in the evening.

Our representative will drop you off at the airport for your departure.