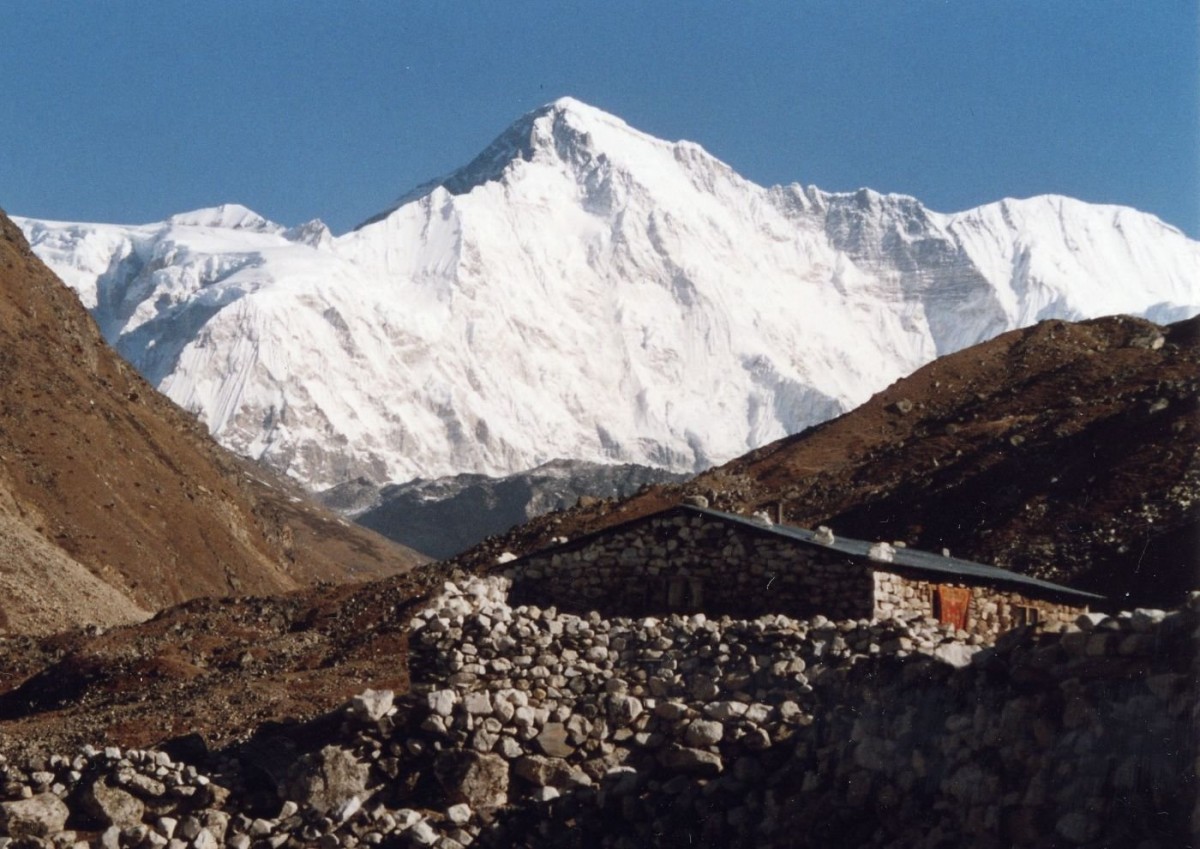 Cho Oyu, meaning the “Turquoise Goddess” in Tibetan names the sixth highest mountain in the world standing at the height of 8,188 meters in the westernmost part of the Khumbu Region. Lying within the Malangur Himalaya Range, 20 km west of Mt. Everest, Mt Cho Oyu stands on the border of Nepal and China. Initially, it was considered as the seventh-highest peak at 8150 meters but later new measurements showed that it was actually the sixth highest at 8,188m.

Cho Oyu is considered the easiest peak among the 8000 meters with the lowest death-summit ratio. The normal route to Cho Oyu is through the Northwest Ridge which is moderately sloppy and lies near to the Nangpa La Pass. The expedition is carried out from the Tibet side because of the relatively comfortable climbing route.

The first ascent was made by Herbert Tichy, Joseph Jochler and Sherpa Pasang Dawa Lama of an Austrian expedition on 19th October 1954. It is the second-most climbed 8000er after Everest. Marketed as a trekking peak, suitable for those with good physical fitness yet low mountaineering experience, it does attract a huge number of climbers every year.

Arrival in Kathmandu and Transfer to the Hotel

Preparation, Briefing and Documentation for the Expedition.

We drive to Timure early in the morning after breakfast.

The next day, we drive to Kerung, the border between Nepal and China. REst overnight.

Fro Kerung, we drive to Tingri. We rest for another day for acclimatization.

From the Chinese Base Camp, we trek upwards to Middle Camp.

From the Middle Base camp, we trek forward to Advanced Base camp at 6500m and conduct climbing practice.

After prayer rituals, we start climbing the Cho Oyu Peak. Following the trails set by our professional Sherpa Climbers, you will summit the mountain and gradually descend to Middle Camp.

Trek back to Middle Camp and drive to Tingri

Drive back to Kerung

Drive Back to Kathmandu

On this day, we will take you for sightseeing around the Kathmandu city. You will be visiting major attractive places in the city.

Its time for farewell. One of our representatives will drop you off at the airport for your final departure.