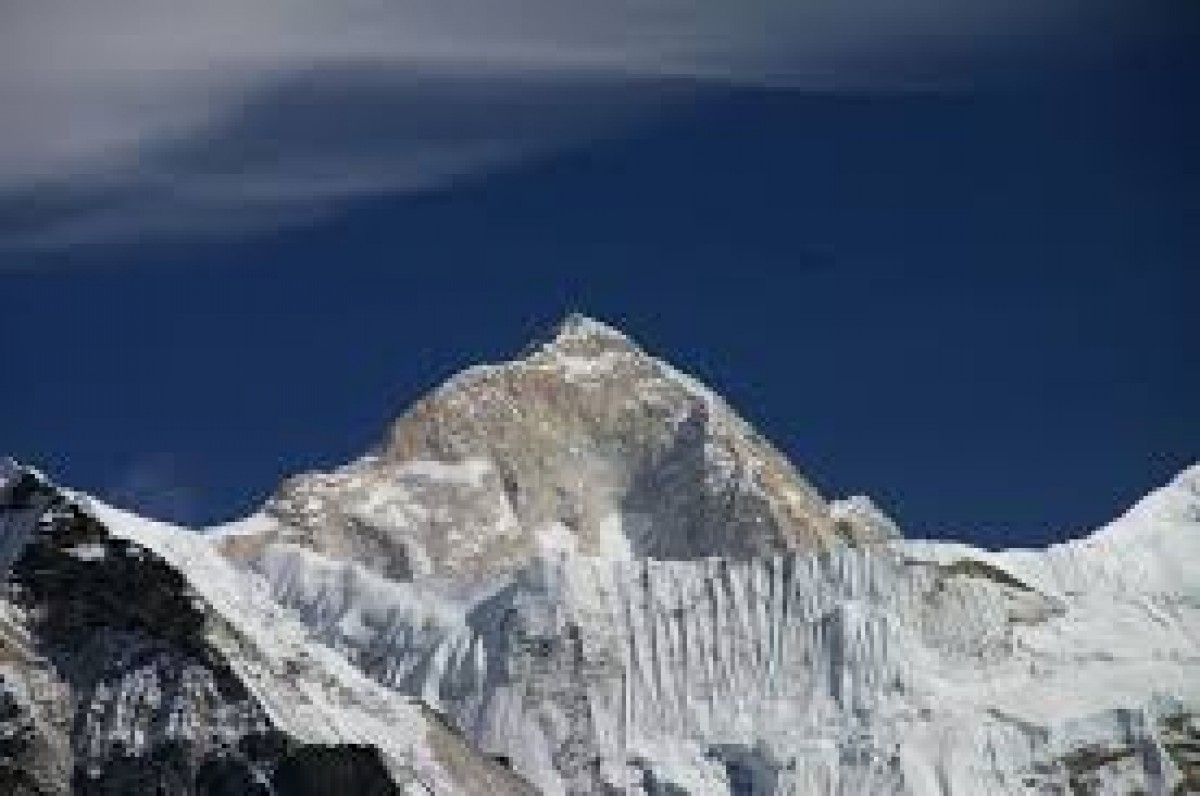 The world’s 5th highest mountain, at 8463m, Mt Makaulu is one of the difficult to climb mountains in thw world. Located 19 km southeast to Everest and residing in the Makalu Barun National Park Makalu falls in the Mahalangur Himalayas. With a broad four sided pyramid shaped appearance, steep pitches as well as sharp ridges; it is undoubtedly a difficult challenge to conquer this isolated summit. The final ascent to the peak involves technical Rock climbing skills.

There are two remarkable peaks of Makalu,  the main summit at 8463m, Kangchungtse or Makalu II at 7678m residing about 3 km away from the main peak. And towards 5 km northeast lies Chomo Lonzo 7,804m connected to Kangchungtse by a narrow saddle.

The history of summitting this peak has been quite interesting.  The first attempt of summit named the California Himalayan Expedition to Makalu was made in 1954 from the southeast ridge by an American team led by Riley Keegan. But they had to turn back from 7,100 m due to constant storms.  The first successful summit of Makalu was made on the 15th of May 1955 by Lionel Terray and Jean Couzy, the members of a French expedition led by Jean Franco. They were followed by Franco, Guido Magnone and Gyalzen Norbu Sherpa on the 16th and Jean Bouvier, Serge Coupe, Pierre Leroux and Andre Vialatte on the 17th. The summit was made from the north face and northeast ridge, via the saddle between Makalu and Kangchungtse which was established as the standard route.  The first ascent to Makalu in Winter was made in 2009 by Italian Simone Moro and Kazakh Denis Urubko.

This expedition is made spectacular by the greenery and beauty of Makalu-Barun Valley; a Himalayan Glacier Valley situated at the base of Makalu. Away from the human crowd, it holds some of the precious ecosystems in the world.

after you land at the airport and complete your immigration process, our representative will meet and greet you at the airport and transfer you to the hotel. after few hours of rest, we will see you for the welcome dinner.  Hotel: Bed and Breakfast

On this day, you will be briefed about the expedition. Necessary documentation formalities will be completed and you may do some necessary shopping. Hotel: Bed and breakfast

Early in the morning, after breakfast at the hotel, we take a domestic flight to Tumlingatr and then drive to Num. B/L/D

On this day we trek from Num to Sheduwa. The trail does not ascend much and we do not cover higher altitude. Lodge: B/L/D

On the 5th day, we ascend to Tashi Gaun from Sheduwa. Passing through mesmerizing forests and beholding the panoramic Himalayan Range, we reach Tashi Gaun to rest overnight.

We rest at Tashi Gaun to acclimatize ourselves.

After acclimatizing at Tashi Gaun we ascend to Khongma at 3760m and rest there overnight.

We move up and down in the Makalu Barun National Park region, witnessing the dense forest, the habitat of many floras and faunas like clouded leopard, musk deers, red pandas and wide varieties of plants. The scenic beauty and iconic views of mountains are the major highlights of this trail.

The trail to Nehe Kharka is very beautiful and pleasing. The lush alpine area in the Barun Valley offers gradual uphill slopes making the walk pleasant. We follow the Barun River upstream on the valley gorge towards Nehe Kharka, one of the pastures for the local folks of Tashi and Navagaun.

On this day, we trek from Nehe Kharka to Lower Base Camp. A short hike from the lower base camp leads to a meadow that offers amazing views of Mt. Makalu, Barun Pokhari and the rare face of Everest and Lhotse. We stay here two more days for acclimatization.

After acclimatizing for two days at the lower base camp, we ascend towards the Higher base camp.

During the climbing period, we start climbing from the higher base camp to the summit. The climbing Sherpas will set the route for you with the fixed ropes. Once we summit the peak, we slowly move downwards to reach the Base Camp. Camping: Full Board Basis

Since we support environmental protection, we clean the base camp once we return from the summit. Then we prepare to move back to Yangle Kharka. Camping

After cleaning the base camp, we start our trek from the base camp to YAngle Kharka, a beautiful village the end of the Barun valley. Camping

Leaving the Barun Valley behind, passing through the dense forests of Rhododendron and junipers, we move up and down towards Khongma.  Camping

As we move downwards, we get to see a higher number of people and get to explore their lifestyle and behavior. We trek from Khongma to Sheduwa to camp overnight. Camping

On this day we trek from Sheduwa to Num and drive to Tumlingtar. If its late we may stop at Khadbari overnight. Lodge: Bed and Breakfast

If we stay at Khadbari, we drive to Tumlingtar early in the morning to take the domestic flight back to Kathmandu. Hotel: Bed and Breakfast

On this day, we go for sightseeing around different places in Kathmandu. We will provide an experienced and professional guide to take you around the city. Hotel: Bed and Breakfast

Its time for farewell. Our representative will drop you off at the airport for your departure. You may also choose to extend your stay at your convenience.