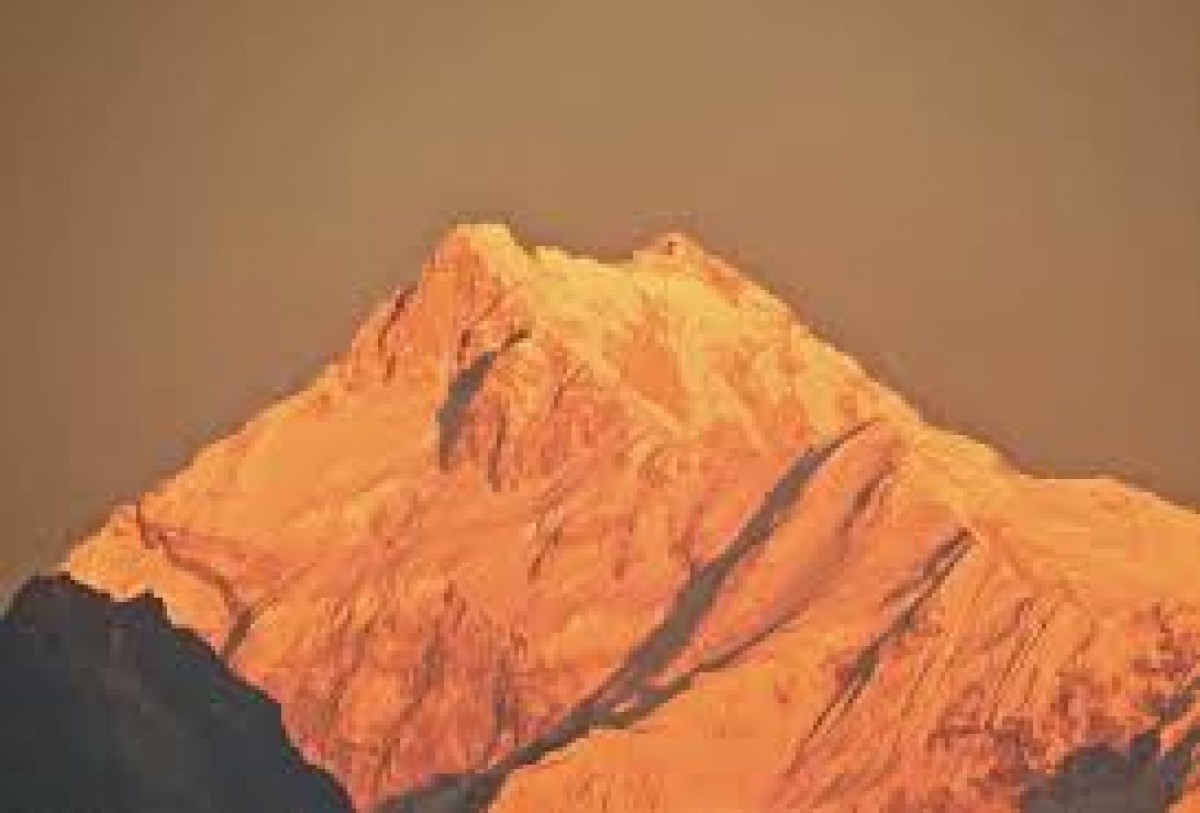 Four routes have been identified to reach the Summit of Kanchenjunga, out of which three initiates in Nepal but the Northeastern route from Sikkim has been banned by the Indian Government since 2000. The route from Sikkim had been used only three times before it was banned. South and North base camp of Nepal are popular for climbing the mountain. Expeditions were conducted by the Japanese expedition team in 1973, 1974 and 1976 during which they climbed Yalung Kang. Yalung Kang was climbed by the German Expedition team in the year 1975. Similarly, the Yalung Kang peak was successfully climbed by an Indian army team in 1977.

The mountain is considered to be one of the toughest and risky mountains to climb because of the massive snowfall and frequent avalanches. Many of the Climbers lost their lives in avalanches even after the successful summit. In May 2013, five climbers including Hungarian Zsolt Erőss and Péter Kiss reached the summit but disappeared during the descent and in May 2014, Chhanda Gayen the first Indian woman to the summit could not make her way to home due to an avalanche.

Sikkimese people believe it to be sacred and hence none of the expedition has been made from the Sikkimese side. It is also believed that Kanchenjunga is the home to a mountain deity, called Dzo-Nga or Kanchenjunga Demon and that it would be a sin to step on the top of the mountain. A bipedal creature was spotted in 1925 by the British Geological Expedition team which was referred to as Kanchenjunga Demon or Yeti by the locals. Following this, in 1955 the first climbers Joe Brown and George Band of a British expedition team stopped short of the summit and the tradition has been followed since then.

Kanchenjunga region has been established as the conservation area by the World Wildlife Fund in association with the Government of Nepal to protect many endangered species like Red Panda and other floras and faunas.

Its remote location in Nepal and inaccessibility from India has not allowed for much of its exploration and the beauty has been preserved. Trekking to Kanchenjunga has recently been permitted in the Sikkim area through the Goecha La Trek Route which is getting much popular. It leads to the Goecha La Pass, residing just in front of the huge southeast face of the Kanchenjunga Mountain. Another trek, the Green Lake Basin trek has been initiated that leads to the Northeast Side of the mountain along the Zemu Glacier.

Kanchenjunga because of its beauty has been featured in films as well. The film Singali La in the Himalaya depicts the areas around Kanchenjunga Mountain.

Our representative will meet and greet at you at the airport and drop you at the hotel. Bed and Breakfast Service

On this day, you will be briefed about the expedition, possible challenges, and basic itinerary, permits will be taken and all the documents and gears will be made ready.

After having breakfast at the hotel, we will take a domestic flight to Bhadrapur and drive to Phidim. enjoying the scenic views and beauty of Nature, we stop for lunch and reach Phidim to rest for the day.

We have our breakfast at Phidim and drive to Khandenba. We stay overnight at Khandenba and prepare for trek for the next day.

We move early from Khandenba to start our trek. The mesmerizing beauty of the local vilage, their culture and traditions will add much ambience to the journey. We slowly ascend towards Khewang 1,740m.  Camping: B/L/D

On this day we trek to Yamphudin at 2,080m and camp there overnight.

Since we consider acclimatizing in higher altitudes, we rest at Yamphudin on the 7th day.

After acclimatizing at Yamphudin, we slowly ascend towards Tortong, our next camping destination.

Tseram 3,870 m is a grazing area offering the mesmerizing views of Kanchenjunga, and other peaks. Climbing up through the dense green coniferous forests and Rhododendron trees, beholding the glimpses of Kabru and Rathong, this trek is one of the best parts of this whole trip.

Passing through the frozen lakes and streams, watching iconic Koktang, Rathong, and Kabru plus the beautiful Kanchenjunga, we reach Ramche at 4580m. Here, you will feel the height and altitude. So we rest here for 3 days for acclimatization.   Camping: B/L/D

The grade of trek slowly gets more challenging as we have to pass through the Yalung Ri Glacier and continue through the curve at Oktang at 4,780m. It leads us to face the great southern wall of the mountain. We camp here at Yalung Glacier Base Camp (4890m). Camping: B/L/D

Moving forward through the icy and snowy route, we trek to Kanchanjunga Base Camp 5,475m.  Camping: B/L/D

From this day onwards we slowly start ascending the Kanchanjunga Summit. Through the fixed ropes and routes we reach the top of the Mountain to explore the great Himalayan range and the other Jewels of Kanchanjunga. After conquering the summit, we descend towards the base camp.

We follow the trail back to Ramche through the steep coniferous forests leaving behind the beautiful Glacial lakes, streams and Himalayan range.

Since descending is much easier, we trek directly to Tortong from Ramche leaving Tseram behind.  Camping: B/L/D

Enjoying and exploring the diversity of floras, faunas we move downwards to Yamphudin. Camping: B/L/D

Trek from Yamphudin to Khewang. This is the last day for camping overnight.

We then trek back to Khandenba from Khewang. We explore the region and rest at a lodge.

After the rest at the lodge for a night, we will take a jeep to reach Bhadrapur via Phidim. Rest at a lodge and enjoy the evening.

We take a domestic flight to Kathmandu from Bhadrapur Airport and rest at a hotel.

You may rest at the hotel or go out for sightseeing and shopping on this day. We will meet for a farewell dinner organized by the company in the evening. Prepare for departure.

Our representative will drop you off at the airport for your departure. You may extend your stay at your convenience.