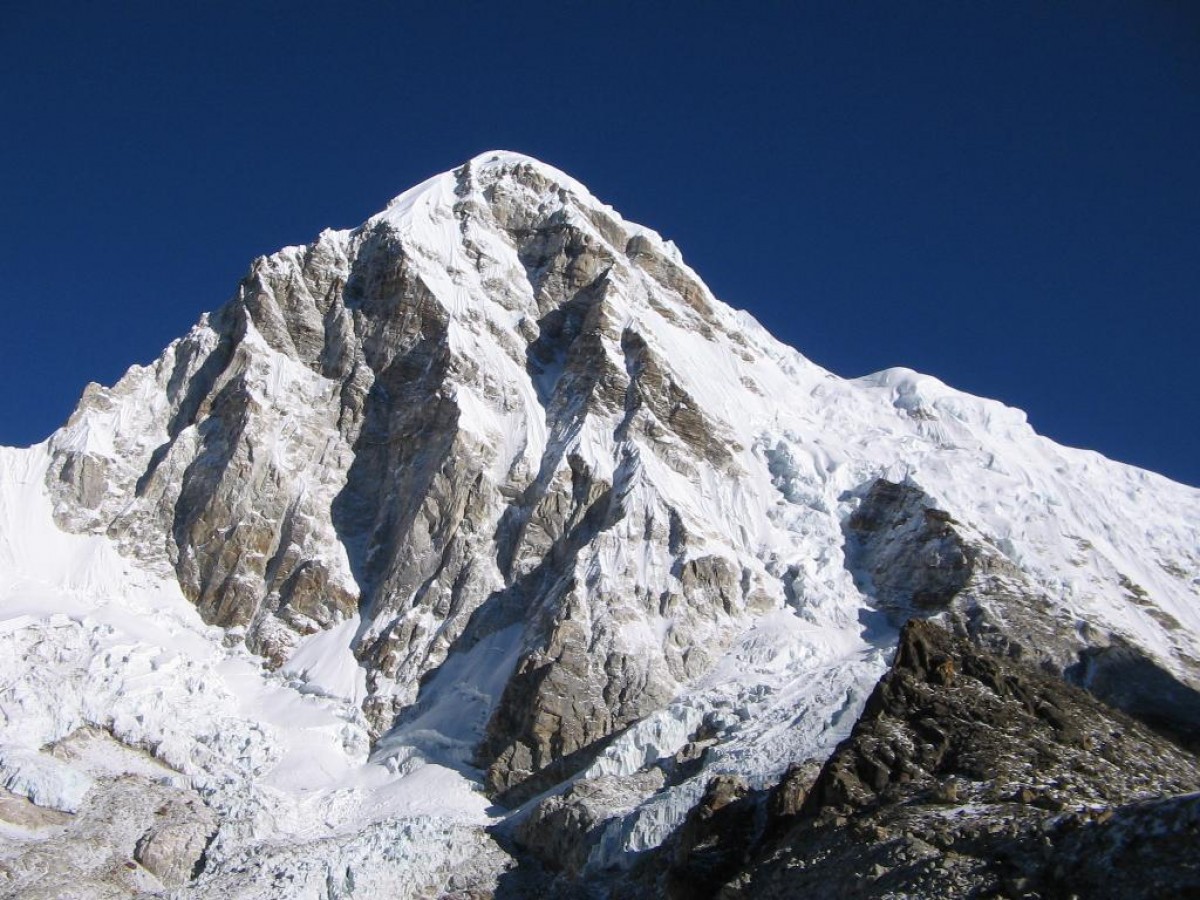 Mt Pumori, a mountain 7161m high lays 8 kilometers west to the Mt Everest in the Mahalangur section of the Himalayas. Pumori is formed from two different words Pumo and Ri where Pumo means daughter and Ri means mountain. Hence, Pumori got its name from George Mallory, as it is regarded as the daughter of Mt Everest by some climbers.

Most climbers prefer climbing Mt Pumori before actually heading to Everest as it poses some kind of challenges and once submitted prepares you to climb Everest. The route is quite technical and challenging as there is always a risk of Avalanches in this region. The top of the summit offers a distinct view of Everest, and other Himalayan ranges in Nepal as well as Tibet.

The expedition to Pumori is adventurous, thrilling and very rewarding. The first ascent to Mt Pumori was made on 17th May 1962 by Gerhard Lenser from the German-Swiss Expedition. Later in 1996, a new route was devised from the south face by two Czechs.

Arrival in Kathmandu and Rest at Hotel

Early in the morning, we take a flight to Lukla and start our trek to Phakding.

As we start our trek from Phakding, we cross small villages, forests, and rivers until we reach Namche Bazaar at 3440m. Since the altitude changes distinctly, we rest here for another day too for acclimatization.

Today our trail rises up to Thyangboche monastery, one of the oldest in the Khumbu Region.

We start our trek from the Thyangboche monastery through the rugged trail to reach Dingboche at 4410m. We stay here the next day to acclimatize and explore the local culture, lifestyle, and traditions.

After resting at Dingboche for two nights, we trek to Lobuche, a village at the base of Lobuche Peak and a popular stop for climbers and trekkers.

Leaving Lobuche behind, we set our trail to Pumori Base Camp and conduct some training practices.

After prayer rituals, we start climbing the peak. You will be led by a professional Sherpa Climber with a fixed rope route and necessary guidance.

As w support sustainable travel, we clean up the base camp and prepare to return back.

On our return, we will take the route back to Pheriche at 4370m.

We gradually descend back to Namche Bazaar and explore the surrounding areas.

Traversing the lush forest, walking up and downhill, we trek back to Lukla and rest overnight.

We take a domestic flight to Kathmandu. It offers the exotic views of the Khumbu Region and the settlements.

Today, we will take you sightseeing around the city. Our professional city tour guide will take you to major attractive places in Kathmandu. Later in the evening, you will join us for the farewell dinner.

Its time for departure. Our Representative will drop you off at the airport at your scheduled time.