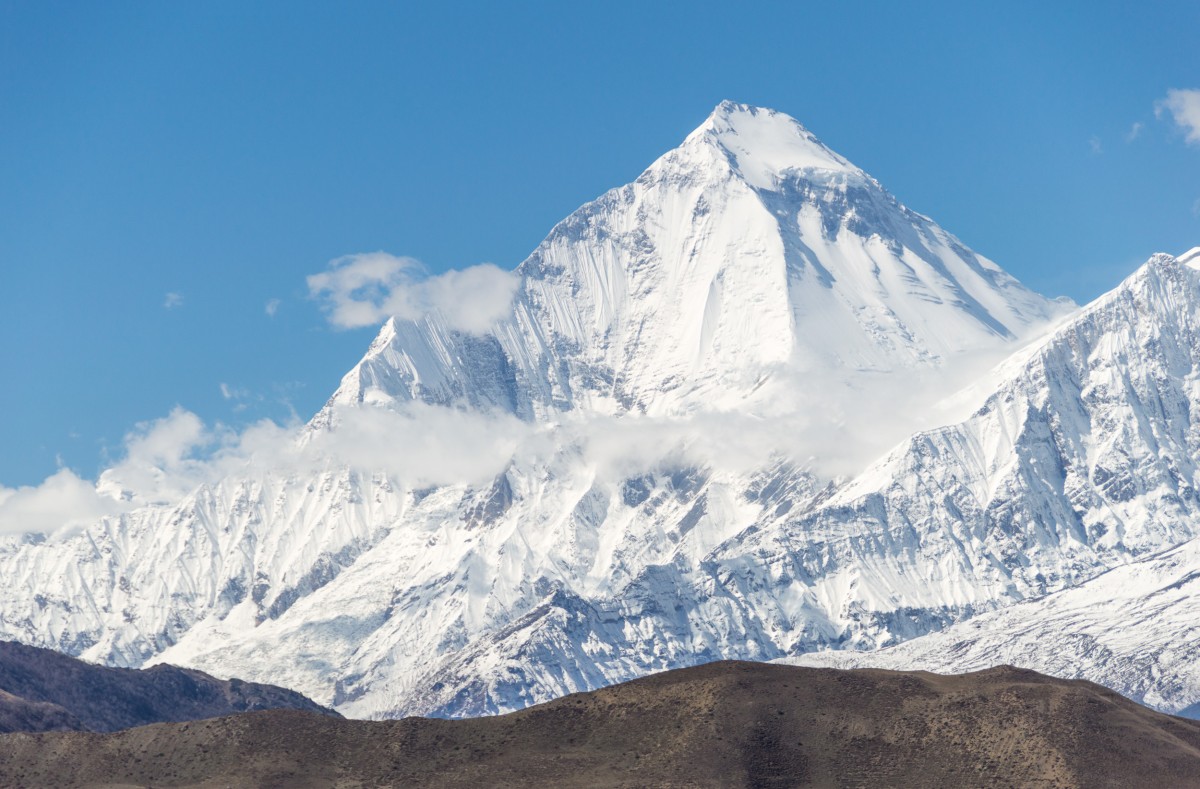 Dhaulagiri is very fascinating as well as interesting as it has been scaled from all directions despite all routes being very challenging. It has 5 ridges but Northeast Route is considered as the normal and standard route. The first ascent to Mt Dhaulagiri was made by the Swiss/Austrian Expedition team led by Kurt Diemberger on the 13th of May 1960.

Arrival in Kathmandu and Rest at the Hotel

Fly from Kathmandu to Pokhara

Rest and Acclimatization at Italian Base camp. Camping

The first base camp is set at 4750m. Three other camps are set at 5850m, 6400m and 7400m respectively for the convenience of the climbers. After the successful summit, we gradually descend downwards to the Base Camp.

After cleaning the base camp, we prepare for our return.

Trek to Marpha from Yak Kharka through small villages, yak pastures, and forests.

Drive to Pokhara from Marpha

From Pokhara, we take a domestic flight to Kathmandu and rest at our hotel.

Today, you will be taken for sightseeing around Kathmandu City. Our professional guide will give you a detailed tour of the places.

We will drop you off at the airport at your convenient time for your departure.