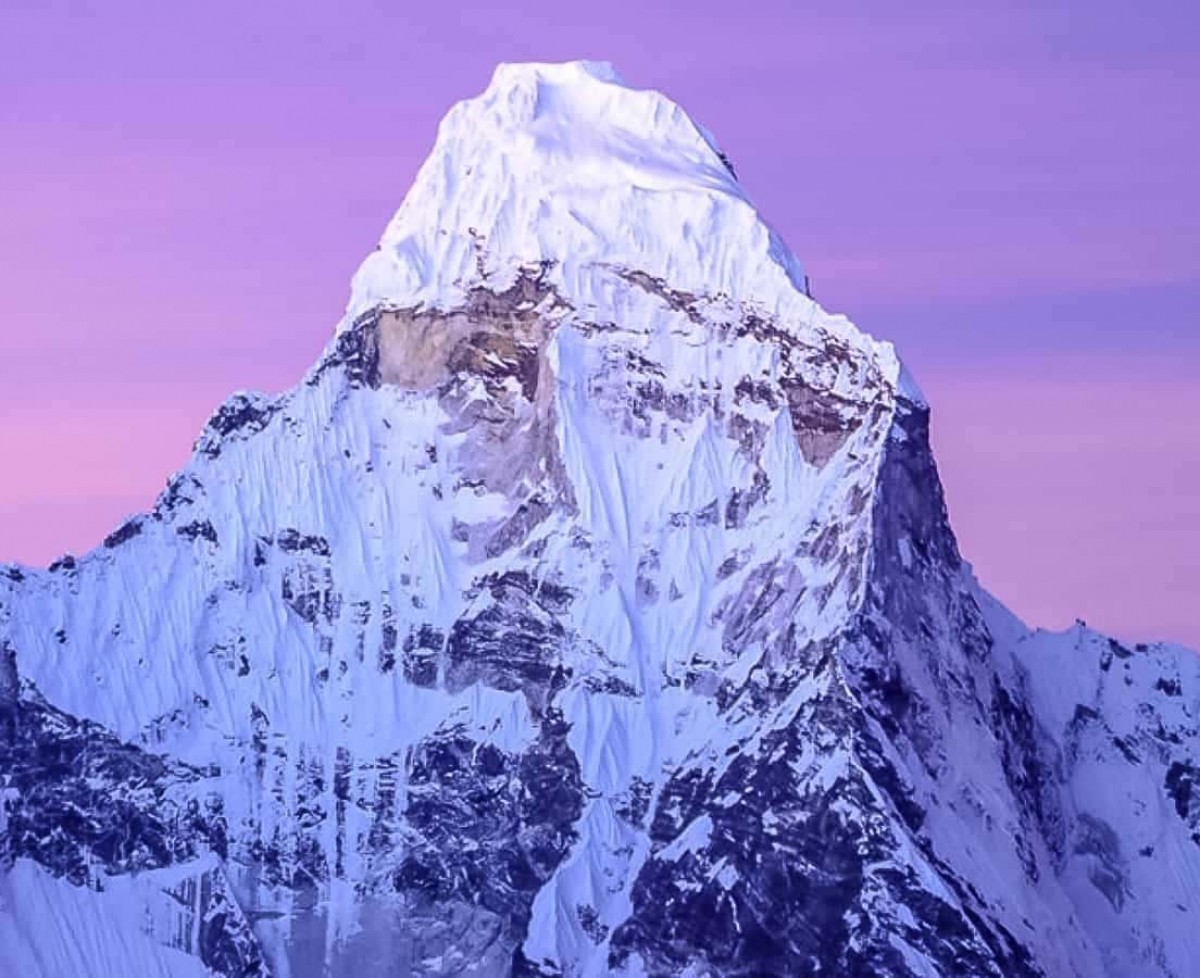 Island Peak (6189m) is one of the popular peaks among the 6000m as it lures even the novice climbers without any particular experience in high peak climbing. It was named “Island Peak” by Famous English Mountaineer Eric Shipton because of its appearance like an island in the Sea of Ice in 1953. While seen from Dingboche, it resembles an island in the middle of the sea. The first attempt to Island Peak was made by Tenzing Norgay while heading to Mt Everest. As of now, hundreds of climbers are attracted to climb Imja Tse with 100% success rate.

Lying in the middle of the Chhukung Valley, the Island Peak or Imja Tse named in 1983. It is one of the perfect choices for peak climbing because of the views one can see from the top of the summit. The trail lets you witness the Sherpa Culture, hidden corners of the Khumbu Region, marvelous mountain range, and diverse ecosystem. The summit appears wonderful with a highly glaciated westface ridge rising up from the Lhotse Glacier. The peak separated by a small Col is itself the extension of South Ridge of Lhotse Shar. The major mountains like Mt Lhotse(8501m), Mt Nuptse (7879m), Mt. Lhotse Middle (8410m) and Mt Lhotse Shar (8383m), Mt Makalu (8475m, Mt Baruntse and Mt Ama Dablam surround the Island Peak and make the expedition even more interesting and inspiring.

Upon your arrival in Kathmandu, you will require completing the immigration procedure. Then one of our representatives will meet and greet you and drop you off at the hotel to rest. We will conduct a welcome dinner in the evening where you will have a chance to meet the overall crew.

WE will have prepared all the necessary documents while you will be briefed about the climbing. So, we will take an early morning flight to Lukla. The short flight offers exotic views of great Himalayan ranges and beautiful valleys.  Upon landing at the airport and meeting the rest of the crew we will trek to Phakding a beautiful village.

Walking through the dense lush forests of pine, juniper, and firs along the Dudh Koshi River, we trek towards Namche Bazaar, a well-accommodated town in the Khumbu region. Aldo called the commercial hub of the region, Namche Bazaar has a lot to offer and one can explore the local lifestyle, culture and surrounding beauty.

As we try to make our travel as safe as possible, we strictly follow the acclimatization procedure. Hence, we stay in Namche Bazaar for the next day. We can hike up to the Everest view hotel to see the panoramic view of the Everest range. We may also visit the local museum displaying various flora and faunas and the history of the Everest region.

The trail on this day begins with an easy walk to Phunki from where we ascend towards Tengboche. We will visit the largest monastery in the Everest region that offers mesmerizing views of Mt Everest, Mt Nuptse, Ama Dablam, and Thamserku.

The destination for today is Dingboche. We start by visiting the monastery in the morning and then walk through the lush forest of birch, conifers, and Rhododendron. We will cross Debuche and Imja River before climbing up to Pangboche. We then descend to the Lobuche River and elevate up towards Dingboche. Rest overnight at Dingboche.

From Dingboche, the trail passes through the stone-walled fields into the Imja Khola valley before leading to the glacier moraines. The views of Ama Dablam and Mt Lhotse surround us throughout the trail. After 4-5 hours of walk, we reach Chhukung, a small settlement between the mountains.

On this day, we will stay in Chhukung for acclimatization. We will go on a hike to Chhukung Ri, a Himal over the village that allows us to witness the giant mountains right in front of us. We will then trek back to Chhukung village to rest overnight.

The trail now gets steeper as we move from Chhukung to the Island Peak Base Camp. A crisscross route through the Imja and Lhotse Glacier moraines leads us to a huge valley on the southwest side of the Island Peak.

Although climbing Island Peak does not require much technical training, we still believe basic knowledge on how to use the equipment is always helpful. We will also hike up to the high camp and the next day we will summit the Island Peak summit at 6,189m. The climbing starts at midnight as we will have to return by the afternoon because of the risks of severe winds in the late afternoon.

The descend is much easier than ascends. Therefore, we will be covering much distance while returning back. Following the route back through the Khumbu Khola, we will pass through the Sherpa villages and visit different monasteries too. We will directly stop at Pangboche for the night stay.

From Pangboche, we retrace our trail back to Imja Khola and up through the forest to Tengboche.  After lunch, we will leave Tengboche behind and pass the dense forests. After 4-5 hours of trek, we finally reach Namche Bazaar to rest overnight.

We walk on a descending trail over the rocky terrain. after crossing the suspension bridges, the trail becomes easier to walk on. We stop at Lukla to rest overnight.

From Lukla we will take a flight back to Kathmandu and rest at the hotel.

Its time to bid farewell. We hope you had a wonderful journey and hope to see you again. Our representative will drop you off at the airport for your departure flight.