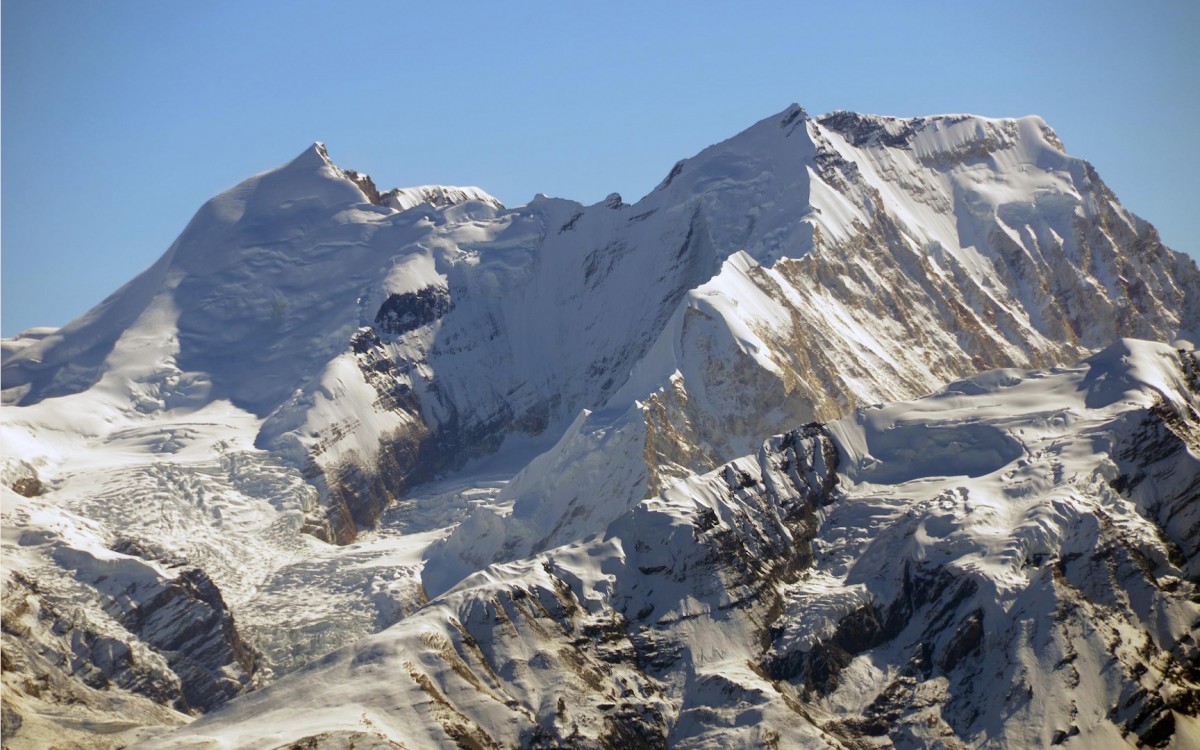 Himlung Himal (7,126m) is an isolated peak situated in the remote Manaslu Region. The peak standing at the border between Nepal and Tibet was opened for expedition only in 1992. Therefore, the first expedition to this adorable peak was made in the same year by a Japanese Expedition team followed by few other teams in the later years. Despite being a technically easy-to-climb mountain, it has not been quite commercial and popular like other high mountains.

The route to Himlung Himal offers the diversity of landscapes including the high passes, glaciers, dense forests, rivers, streams, monasteries and ancient cultured villages. The trail goes through the Annapurna Circuit to reach Koto and then to Nar-Phu villages. The location is undoubtedly very remote and isolated. Hence, we will be spending much of our nights in the tented camps.

One can view the exotic sceneries of Nandadevi Himal, Api Himal, Kappa Chuli Peak and many other peaks from the route. There are three higher camps beside the base camp during at 4900m the summit. The ascent from the third camp to the peak is quite technical as it is very steep and icy.

The expedition to this isolated peak will be one of the most tranquil and relaxing escapes from the daily hectic lifestyle. However, it requires a great level of physical fitness and good cardio muscular health to go on this journey.

Upon your landing at the airport and completion of your official formalities, you will be picked up by our representative and dropped off at the hotel.

On this day, we will fulfill some official formalities and obtain required permits and documents. We will also brief about the expedition.

After breakfast in the morning, we will drive towards Besisahar through windy roads along the Trishuli river. The drive will be quite interesting offering the views of beautiful villages on the hillside.

From Besisahar, we drive to Koto. Koto is a beautiful village with green forests and clear streams flowing. During the season, you can witness the blossom of the apple gardens.

Our trek starts from Koto. Traversing the dense forests we slowly ascend to another beautiful small village Meta.

After staying overnight at Meta, we resume our trek towards Kyang at 3,840m.

Starting at Kyang, we gradually ascend up the hills. We finally reach the isolated Phu gaon to rest overnight. We will stay here for the next day exploring the surrounding areas and local culture of the people living here.

On this day, we leave Phu Gaon behind and walk on the rugged, trodden path to reach the Himlung Base Camp at 4900m.

After some climbing practice at the base camp, we initiate our climb to the peak. We will require setting up higher camps during the expedition. Upon a successful summit, we will be able to view the mesmerizing ranges of Dhaulagiri and Annapurna Massif. Then, our trail moves downwards to the base camp.

From the base camp, we follow our trail back to Phu Gaon.

Trek back to Meta

Trek back to Koto

Drive back to Besisahar

From Besisahar, we drive back to Kathmandu along the same curved roads.

On this day, we will take you to the city tour around Kathmandu City. Our professional city tour guide will show you around the major places in Kathmandu.

This is the last day of your expedition and we will drop you off at the airport for your departure. Hope to see you again!!