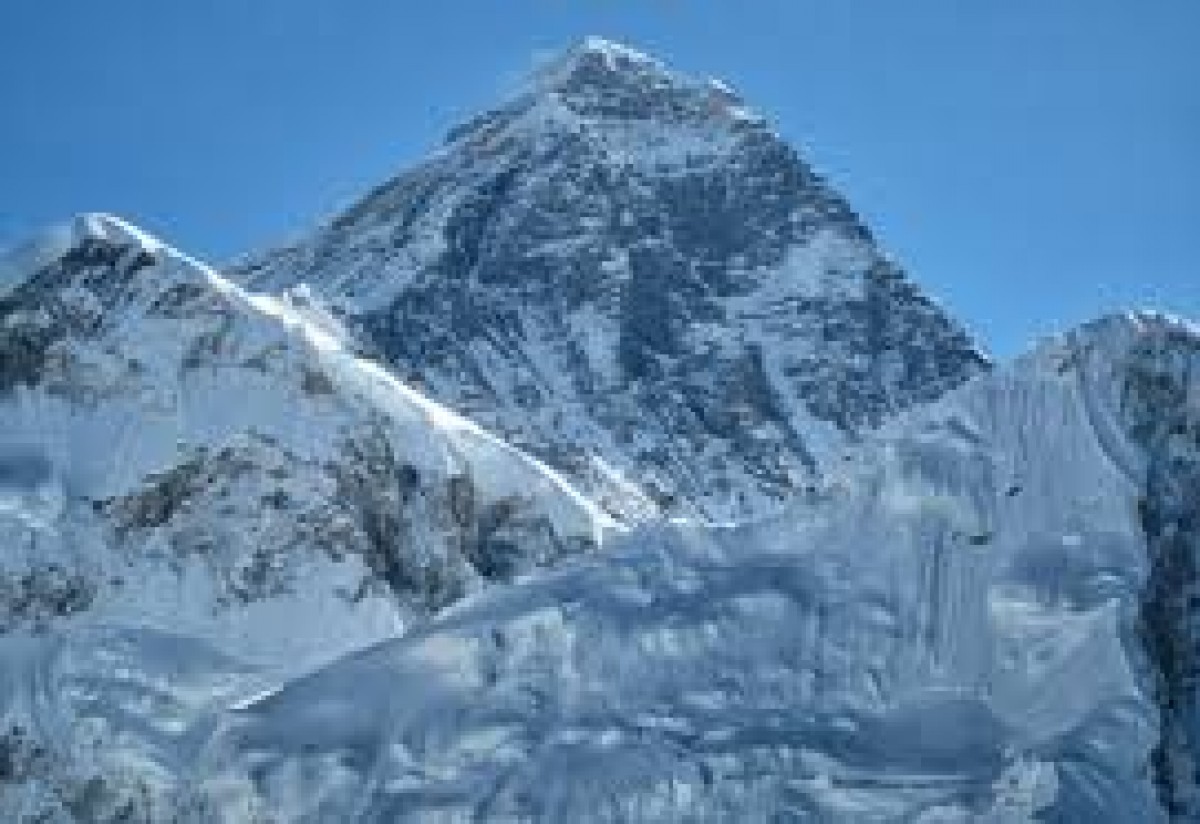 Mount Everest or locally known as Sagarmatha, 8848m is the highest point on earth discovered and measured in 1956 during the Great Trigonometric Survey of the British India Government. Being the highest point on the Earth it is also called the Roof of the World. As its name implies, Sagar means The sky and Matha means forehead, so Sagarmatha is the representation of high held head and symbolizes our courage and pride. The south face of the Everest lies in Nepal whereas the North face resides in China and has to be ascended through Tibet.

Mount Everest Expeditions is one of the challenging yet conquered expeditions in the world. Although it has been 46 years since the expeditions have started, Mt. Everest is still very mysterious, challenging and breathtaking as ever. Thousands of climbers aspire to ascend this wonderful art of nature but only about half of them succeed. First ascended by Sir Edmond Hillary and Tenzing Norge Sherpa in 1953, Mt. Everest has since then been attracting a huge number of climbers and adventure lovers. The number of expeditionary counts has been in the increasing rate. But we strongly recommend climbing other less challenging peaks like Island Peak / Lobuche Peak and other peaks for acclimatization and experience.

First, we fly to Lukla via a domestic flight and trek to the Everest Base Camp where we set up our camp at 5,300 m at the base of Khumbu Glacier and gradually ascend upwards. Khumbu Glacier is one of the most dangerous and challenging parts of this expedition but proper acclimatization and physical, technical and mental preparation should help. Our team will be fully equipped with modern equipment, satellite phone, a medicinal kit, and all essential kits. Our travel guide will set the fixed ropes and aluminum ladders to help the climbers move forward.

Standing at the top of the world and beholding the iconic sceneries and breathtaking views of Mt Lhotse and Mt Makalu are the feelings that cannot be explained in words. Although it involves high risk, Mt Everest Expedition can be the proudest thing to do in life.

We will fulfill all the necessary documentations like obtaining permits, briefing things and many more. We can also go sightseeing upon request.

On this day we will trek to Namche (3,440m/11,286ft) exploring the culture and beautiful sceneries.

On the 5th day, we will trek to Khumjung (3,790m/12,434ft) for your acclimatization and get back to Namche. Acclimatization is very necessary for expeditions. This allows your body to adapt to the environment and oxygen supply and prevents from serious injuries.

We will rest at Dingboche as it will also help to acclimatize and allow us to observe wonderful and iconic views of the village while experiencing the Sherpa culture.

After the rest day at Dingboche, we will trek to Lobuche (4,900m/16,076ft). Lobuche is the last destination to have the lodging facility on this trail of the expedition to Mt. Everest through South Face. We will accommodate here in a lodge on the 9th Day.

The real adventure starts here when we leave for Everest Base Camp (5,380m/17,650ft). Now we will have to take our tents, food, and oxygen. Reach Base Camp and Rest.

Now that we depart from the base camp we slowly ascend towards Everest. WE will reach Camp I at 6,100 m then Camp II at 6,400m via the Western CWM which is a flat, broad glacial valley basin located at the base of the Lhotse Face of the Mt Everest and is traversed by the climbers heading towards Everest via the southern route. Then we reach Camp III at 7,200m and finally to Camp IV at 7,900 m before summiting the peak at 8848 m. After the successful summit of Everest we slowly move downwards to the base camp.

We reach the Base camp after the successful summit of Mt Everest. Being the responsible citizen we tend to keep our heritages clean so we clean up the Base Camp area and prepare to trek to Pheriche.

We move downwards from Pheriche to Dibuche 3,820m/12532ft or Khumjung enjoying the environment, peace and its mesmerizing views.

You may wish to go sightseeing in the Kathmandu Valley. As beautiful the Everest is, Kathmandu Valley offers equally attractive places to visit. We offer a farewell dinner on this day.

Our Representative will drop you off at the airport for your departure. you may wish to extend your stay as per your convenience.