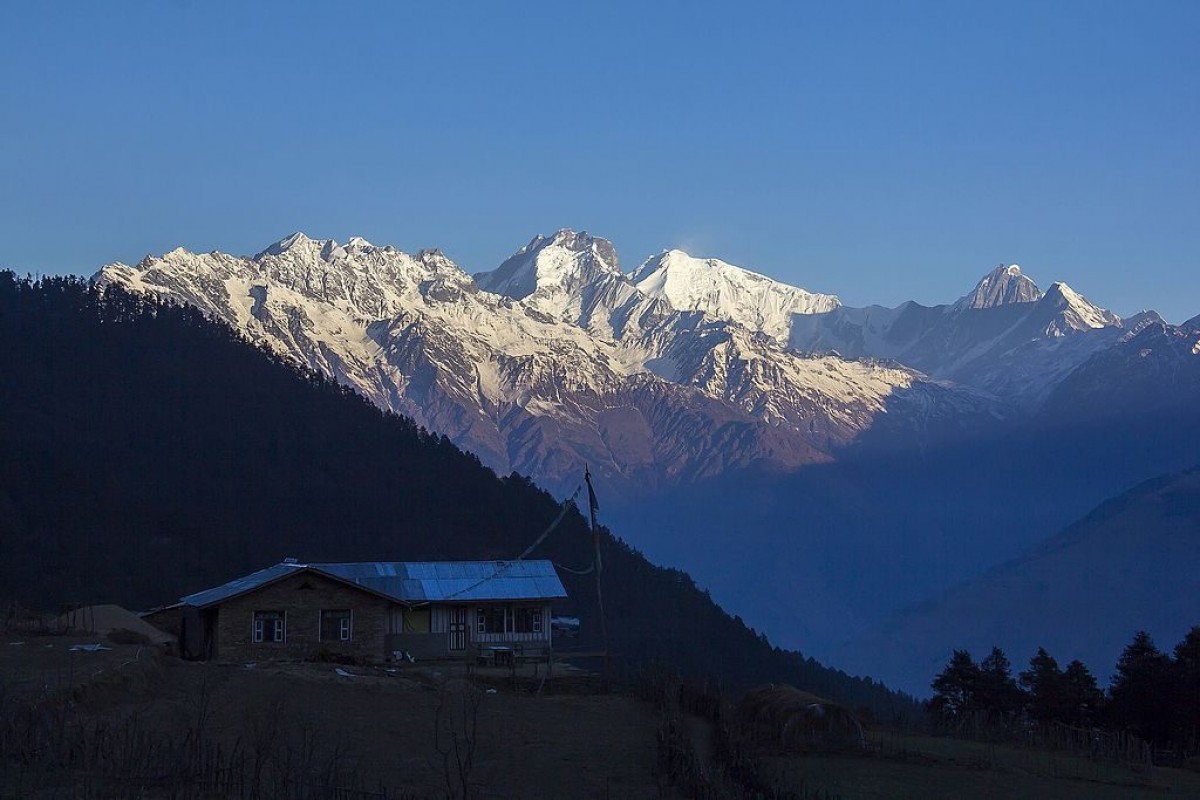 Ganesh Himal, 7429m located 70km north-west of Kathmandu is a subrange of the Himalayas in North Central Nepal extended in four districts namely: Dhading, Rasuwa, Nuwakot, and Gorkha. It is separated from the Langtang Himal by the Trishuli Gandaki valley on the east whereas Budhi Gandaki Valley and Shyar Khola Valley separate it from the Shringi valley and Mansiri Himal on the west side. The Ganesh Himal Region resides between the two popular destinations Langtang National Park and the Manaslu Conservation Area. Offering some exotic views of the mountain ranges, valleys, and waterfalls as well as showering the hospitality of the diverse cultured people living here, the Ganesh Himal region is one destination that the adventure lovers need to plan a visit to.

The range actually consists of four significant peaks over 7000m out of which Yangra (Ganesh I) is the highest with 7422m followed by Ganesh II at 7118m and Ganesh III or Salasungo at 7104m and finally Ganesh IV or Pabil at 7043m. The Peak was named after a Hindu Deity Ganesh, depicted in the form of an elephant. The south face of Pabil (Ganesh IV) looks like an elephant with its ridge looking like a trunk.

The First ascent to Ganesh Himal was made on the 6th of October 1955 by Swiss Expedition team including Raymond Lambert, Pierre Vittoz, Eric Gauchar and French Mme. Claude Kogan.

Upon your arrival and completion of the immigration procedure, our representative will meet and greet you at the airport and will drop you off at the hotel for rest. We will join you in the evening for the welcome dinner.

We will prepare for the expedition, check for all necessary gears and you will be briefed at the Ministry of Culture, Tourism and Civil Aviation about the expedition rules and regulations.

Today, after breakfast at the hotel, we leave for Aarughat then we start our trek to Liding. We will rest overnight in a tented camp.

Traversing through the green lush forests, waterfalls, and streams we set our journey to Khorla Besi from Liding. We rest overnight in a camp.

As we leave Khorla Besi, we move on a trail that goes through the forests and over the suspension bridges. The journey is quite interesting and adventurous.

The trek on this day follows an uphill and downhill path leading to a suspension bridge over the Budhi Gandaki River and then to Philim. Moving through a gradual ascent we reach Lokpa, the first village in the Tsum valley. Overnight stay in a lodge.

Trek from Lokpa to Phedi. Stay overnight in a camp.

Trek form Domje to Landan Kharka (3700m). Stay overnight in a tented camp on a  full board basis.

Trek from Landan Kharka to Ganesh Himal Base Camp I (4800m). Stay overnight in a tented camp on a  full board basis.

We start our expedition to the Ganesh Himal I following the fixed rope routes set by our professional climbers. As we reach the top we can witness the exotic views of Mt Manaslu, Langtang Range, and other beautiful valleys. We then move back to the base camp.

After cleaning the base camp, we move to Gumba Lungdan, a monastery at 3200m in the Tsum Valley.

We follow our trail back to Jagat from Lokpa.

The trail moves back to Khorla Besi from Jagat. We will explore the dense forests, clear water streams, and freshness of the air throughout.

We come farther from the Ruby valley as we leave for Liding from Khorla Besi. The walk is easy and follows a plain trail.

today, we hike to Aarughat on a plain path and drive to Kathmandu. The drive will be scenic through the windy roads between the forests and settlements. Rest at the hotel for the night.

Today is the day for sightseeing around the Kathmandu city. Our professional city guide will give you a tour of the major attractive areas in Kathmandu. In the evening we will join you for the farewell dinner.

On the last day, our representative will drop you off at the airport for your final departure.